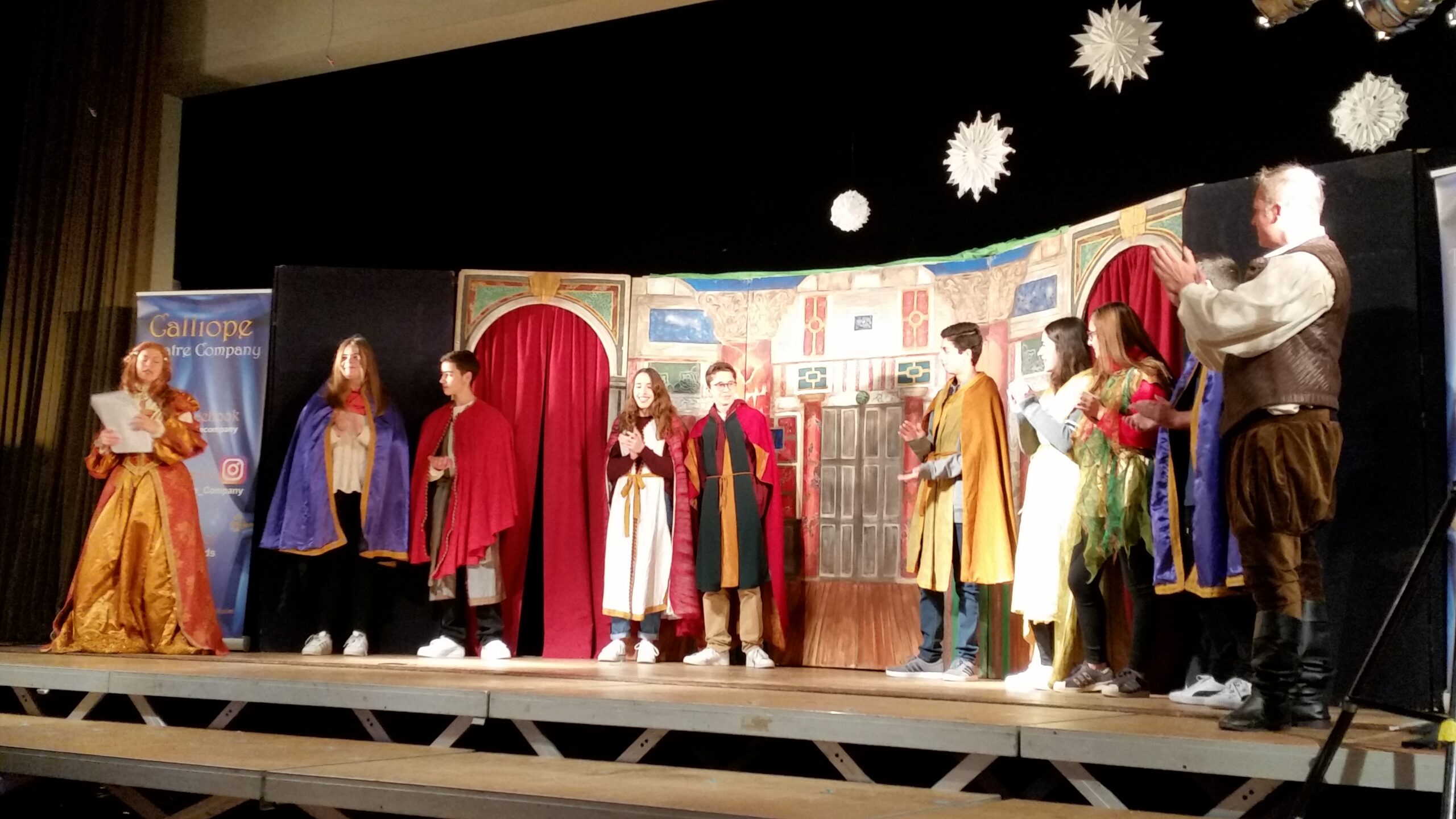 A Midsummer Night’s Dream is an abridged comedy version of Shakespeare’s homonymous play for young adults performed by Calliope Theatre Company from Lisbon.

This amusing version allows an entertaining and funny performance, highlighting a wonderful cast.

This play is about young people falling in love with the wrong people while being helped by the fairies. But – as expected – they end up falling in love with the “right” people. Although there are a lot of characters in Shakespeare’s play, Calliope managed to distribute the roles on one actor and three actresses. Matthew Lloyd plays Shakespeare among others. With his experience working at Huntington Drama Group and many others, he delivers his lines in a funny, honest and interesting way. Moreover, his body language adds an uproarious twist to his lines. Zoe Kaye plays the role of Ricki as well as others. Although her lines were good, her intonation goes sometimes from comical to annoying. This is because sometimes she puts too much energy into her line. Last but not least, Meg Thurin plays the role of Queen Elizabeth, whose performance was spot-on, turning it into a brilliant performance.

The performance revealed some really funny jokes, where I burst out laughing. However, the jokes involving today’s society like the iPad and Selfies were a bit farfetched. The introduction felt a bit too long for my taste and could be shortened.

All in all, I recommend this play to any teenager who wants to some good and fun moments enjoying this hilarious play.